A recent study shows the incredible diversity of evolution in amphibians. A tiny species called the glass frog can become almost invisible while sleeping. Its body becomes virtually undetectable: it casts no shadows and even has no blood inside. How does it do it? By enlarging its liver by over 40% to accommodate 89% of its blood cells. Read more about this intriguing amphibian. 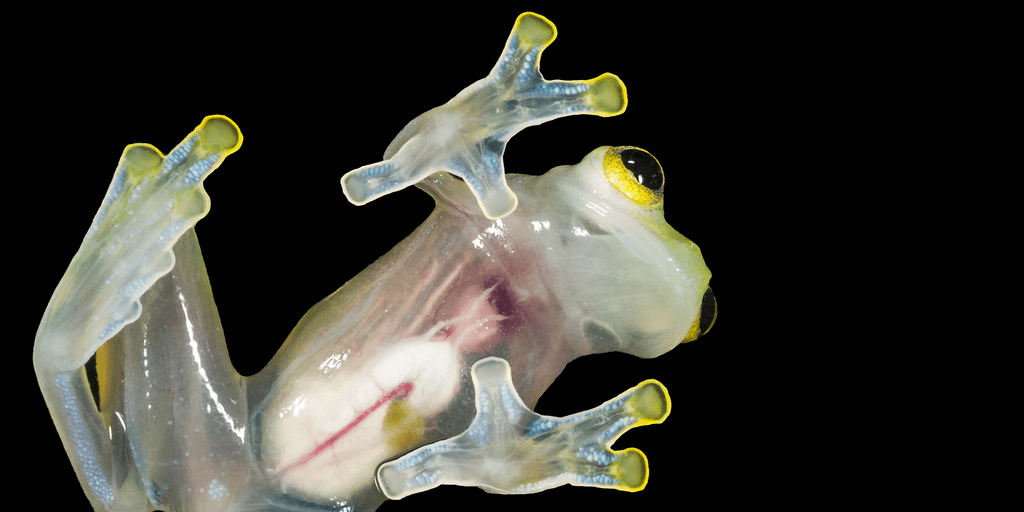 The nocturnal amphibians turn bright red when they’re active. However, while asleep, they become almost transparent. The amphibian’s digestive system, heart, and liver are encased in a sac that mirrors its surroundings. It tremendously assists the frog in achieving transparency.

Researchers who participated in the study were perplexed by how the tiny frogs could do it. Achieving that level of camouflage is truly mesmerizing because our bodies are full of tissues and cells that absorb and scatter light.

Key Points in the Research

The whole study focuses on tissue transparency in glass frogs and how they succeed in the art of “vanishing blood.” Researchers relied on imaging techniques to conduct the study. They had to make images of awake and asleep species. 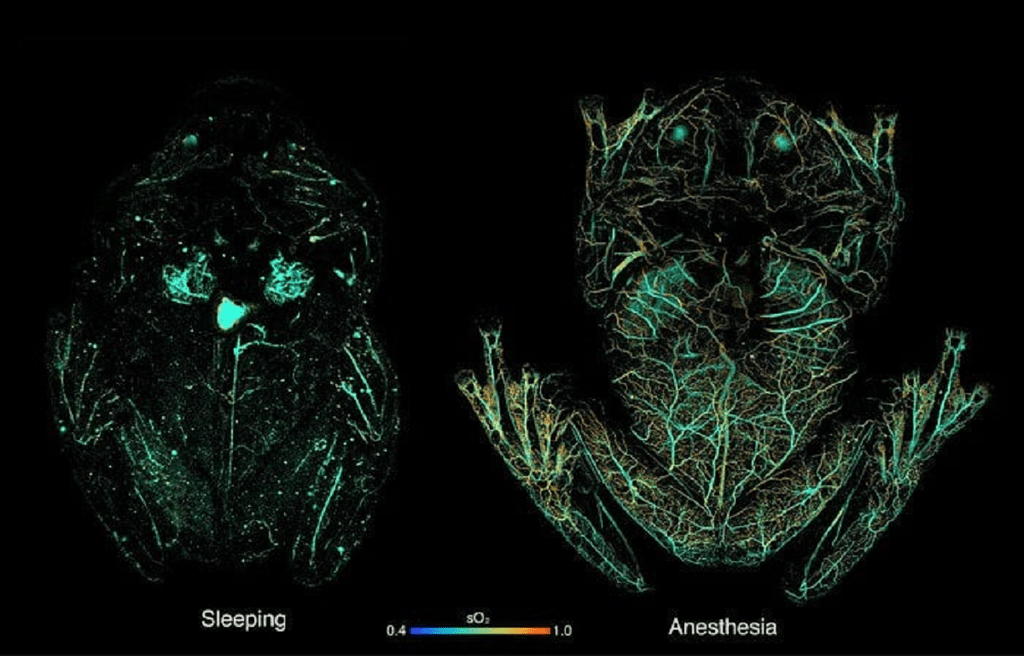 But, as it turns out, if the frogs are under anesthesia or stressed, they don’t turn transparent at all. So, they had to think of a smart solution to make them happily asleep. Fortunately, the first author of the paper, Carlos Taboada, came up with an ingenious plan.

Taboata proposed they rely on non-invasive imaging technology. It’s called photoacoustic microscopy and essentially, it can detect red blood cells using a laser. The frogs’ molecules absorb light from the lasers and release it back in the form of sound waves. Researchers use those to map the bodies of each amphibian.

Everyone on the team was blown away when they discovered the frog species could hide that much blood in its liver. “They don’t just put in some blood; They put all of their blood in that liver,” said Karen Warkentin, a biologist who participated in the study.

Here Are Some Great Examples of School Bus Drivers Being Heroes

School bus drivers are among the unsung heroes of the nation, not only for transporting students to ...

There are millions of distant galaxies that are blocked from view by the Magellanic Clouds and ...

Signs That a Relationship Is Going to Last According to Psychologists

According to clinical psychologists, there are four major signs that any given relationship is ...